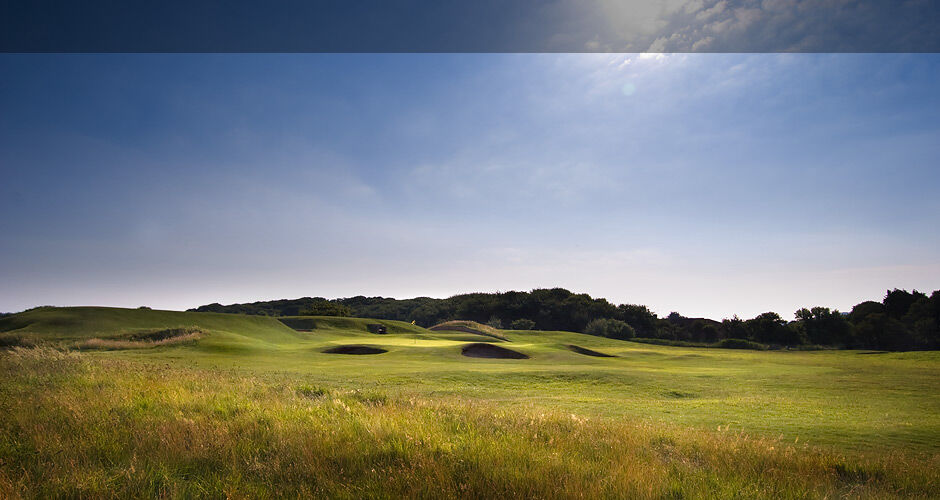 The second short hole sees a raised green but in a valley. Bunkers in front and to the right demand that a crisp shot to the left of the pin is long enough and holds its own against the wind which is likely to be over the left shoulder.